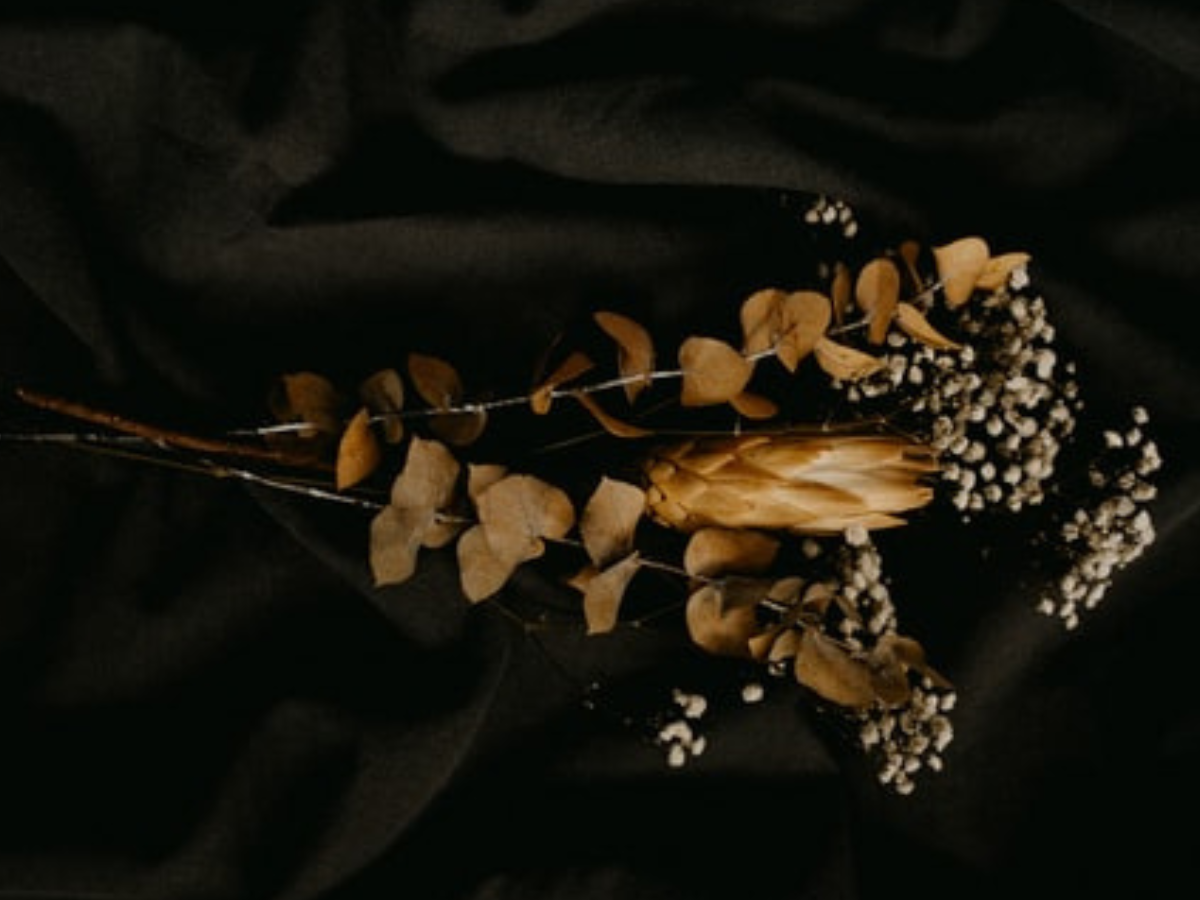 As Spring Approaches: A Clinician’s View of Suicide

Our culture is generally not very good at acknowledging death, and when we hear of someone committing suicide, we can struggle to know how to behave, how to respond, even how to feel.

The boy who was to be our high school class valedictorian never made it to that finish line. I remember finding out that he had taken his life. It was sometime in April, and a girlfriend and I were heading into Manhattan for an audition for a summer theater program. Her father’s car pulled up to my suburban house and my friend started walking down the driveway towards me. I remember being confused, the sadness and concern in her face stopping me in my tracks. “Andy’s dead,” she said. “He killed himself last night.”

We didn’t speak much on the ride. Tears streamed down both our faces. Sixteen-year-old girls with a penchant for theater tend to feel a lot anyway. We were hungry for life, for experience, drama and darkness, but this, our first personal brush with suicide, was all too real and painful. Somehow we got through the audition (the show must go on), but the next week in school, the brief counseling sessions and group discussions with teachers proved completely inadequate to quell the grief and fascination that rippled through us and the rest of the student body.

“The suicide does not play the game, does not observe the rules. He leaves the party too soon, and leaves the other guests painfully uncomfortable.”

We found out that Andy, a Vietnam war orphan adopted by a local family, had killed himself on the very day his mother had taken her own life a decade before. Andy had lived a whole life of loss and violence that was completely incongruent to our protected and privileged (albeit pressured) ones. Still, suicide as a phenomenon, as a specter over teenage life, was certainly relevant in our all-American public high school.

Even back then, before school shootings were epidemic and social media provided a forum for dispersing dramatic last words like never before, parents worried about their kids taking their own lives. When Andy died, students, teachers and parents alike were overwhelmed by a combination of shock, grief, fear and confusion:  how could such a smart, sweet young man with so much to live for do such a thing? How much of his decision rested on the trauma of his past? How much was the pressures of his present or the uncertainty of his future? We’ll never know for sure.

More than 35 years later, suicide is considered a public health crisis. Statistical evidence shows that the suicide rate has been growing in recent years. In the U.S., we attribute this trend to a number of factors: easy access to guns, the impact of extended tours on our troops and their families, increasing rates of mental illness, the fractured nature of family and relational structures, changing roles and decreased economic opportunity for middle-aged white men, the rise of bullying both on and offline, the competitive pressures on young people to succeed and the unsustainable perfectionism it breeds. And so on. But it is difficult to wrap our heads and hearts around how complicated suicide is and the many mixed feelings it raises.

Our culture is generally not very good at acknowledging death, and when we hear of someone committing suicide, we can struggle to know how to behave, how to respond, even how to feel. Sometimes we cling to anger at the person who died, labeling the act as cowardly, hostile, or selfish. Sometimes news of a suicide uncovers deeply unsettling ambivalences within us about life itself. A great deal of stigma surrounds the subject of taking one’s own life and even talking about suicide is taboo for many.
‍

As a clinical psychotherapist and social worker, this dark realm of the human spirit is one I encounter almost daily. Working extensively with people who are in the throes of mental illness, dealing with chronic pain or in recovery from trauma and/or personal crises, the possibility that a client is having suicidal thoughts is one that, as a professional, I always take into consideration. Finding ways to inquire about this while building alliances with my clients is delicate work.

Today our understanding of psychiatric illness and the options for treatment have evolved considerably. There are so many approaches to healing and managing symptoms that were not available in the past. Psychotropic medications, EMDR, group therapy and the mind-body approaches that are increasingly integrated into the treatment of mental disorders offer suicidal clients hope. Groups like NAMI (the National Association for Mental Illness) and laws like the ADA (Americans with Disabilities Act) offer support and validation to people who suffer from mental illness. There are growing efforts to decrease stigma and increase education so the general public understands that there are resources and options other than suicide when someone is struggling with seemingly inescapable suffering.

Therapists are trained to make distinctions among suicidal thoughts and suicidal plans, where someone has access to the means to act and the intent to follow through. By recognizing that suicide doesn’t just happen, that there is a process and continuum through which a person moves before trying to end their life, we create a space where clients can participate in their own healing. It is common practice, for example, for therapists to make a compact with clients who are deeply depressed. They agree to reach out to discuss their suicidal thinking before taking action. We may even have clients sign a written “contract” (which, of course, is only as powerful as the client allows it to be). As a clear commitment to a connection with another human being, such a gesture can be quite powerful.

At the same time, therapists are required by law to act unilaterally if they believe a client is in danger of hurting themselves or others. It can be excruciating to have a client who is actively suicidal, but the difficulty is something we are trained to manage. Wrestling with the choice of when to trust the client and when to intervene is truly a matter of life and death. We have to balance our desire to relieve suffering and our duty to intervene with the risk of undermining the trust built into the therapeutic alliance with the client. The value of that trust should not be underestimated.

Many clients have been traumatized in the context of interpersonal relationships, so recovery depends on establishing positive relational experiences to counter the destructive ones. Committing a suicidal client to a psychiatric hospital too readily might actually prove more harmful than helpful. Of course, no therapist wants a client to harm themselves. It is not always easy to know what to do, but clinical experience helps build good judgment.
‍

Treating clients who are grieving the loss of a loved one who died by suicide is equally delicate. Parents, siblings, children and partners struggle with all sorts of complicated grief. For people who find a loved one’s dead body, there are also special struggles of trauma, hurt, guilt and anger that must be worked through (the prevalence of suicides ending their lives in hotel rooms may attest to the attempt to spare loved ones that experience).

Dealing with the uncertainty of not finding a body is also a very specific kind of torture. Spalding Gray’s death, in which he apparently drowned in the East River after throwing himself from a Staten Island ferry, comes to mind; his body was missing for two months before it washed up on shore. Virginia Woolf, too, although she did leave notes for her husband and sister, was considered “missing” for three weeks before her body was found and her loved ones knew for sure what had happened to her.

A suicide in a family home may forever haunt other memories and future experiences. Children of parents who have committed suicide are five times more likely to commit suicide themselves. Some, like my friend Andy, may be enacting a bond or a longing for the lost parent by choosing death over life. The 27-year-old nutritionist who recently took her life after posting what many of us found to be a disturbingly breezy suicide note on social media referred to her desire to join her father “up on that cloud.” For years she had nursed her father as he was dying of cancer and struggled with suicidal thoughts.  In spite of these dark realities, her social media presence presented a happy and successful young, upper middle class Millennial, a poignant reminder of how a deceptive online self-presentation can mask an internal world of pain.

People’s discomfort with suicide may make the process of grieving and healing especially difficult. Survivors themselves may avoid thinking about their loss for years before they are ready to deal with the emotional fallout of a loved one’s suicide. Triggers (the anniversary of the suicide, holidays or coming upon an object with a tie to the lost person) may provoke painful emotions. Acknowledging and sorting through the mixed emotions that occur after a loved one’s suicide is not easy, but denying those emotions can lead to depression, relational difficulties, and even physical illness. Whether immediately after such a loss or whenever one is ready to process it, finding a good therapist or targeted support group is often extremely helpful.

For me, the coming of Spring often brings thoughts of my high school friend, Andy. I think of his sweet smile and the sense I often had that there was a world of pain behind his pleasant demeanor.

I used to try to get him to open up more, but there was always a point beyond which he couldn’t or wouldn’t share. That place of disconnection, I imagine, was where he was stuck:  alone, voiceless, unable to describe his experience, convinced that nobody would understand if he could, and cut off from hope by his grief and pain. That kind of loneliness is one of the breeding grounds for the despair that can lead to suicide. I wish I’d known more about what he was going through. I wish I could have found a way to convince him that his death would be an unnecessarily permanent “solution” for what are temporary difficulties in a life worth living. Perhaps if I had been more direct…I know it was not my fault, nor my responsibility to save Andy, but the sadness remains and it can be hard to let go of the “what if’s.”

Building bonds of connection to others may be the best prevention of all to the risk of suicide. Perhaps if we try harder to overcome the interpersonal distances between us, the ones that allow feelings of isolation, anxiety and depression to fester, suicide, and mental suffering in our society will be less prevalent and more of us would feel comfortable reaching out for help when we need it.

Susan Epstein, LCSW is in private psychotherapy practice in Herald Square, New York, NY.  She has been a therapist for more than 20 years and specializes in treating trauma, couples and group therapy and women’s issues. For more on her background and practice and to learn about new offerings for May, including an ongoing group for people dealing with early trauma and a one-time workshop aimed at exploring the effects of the #MeToo movement, go to www.therighthelp.com. 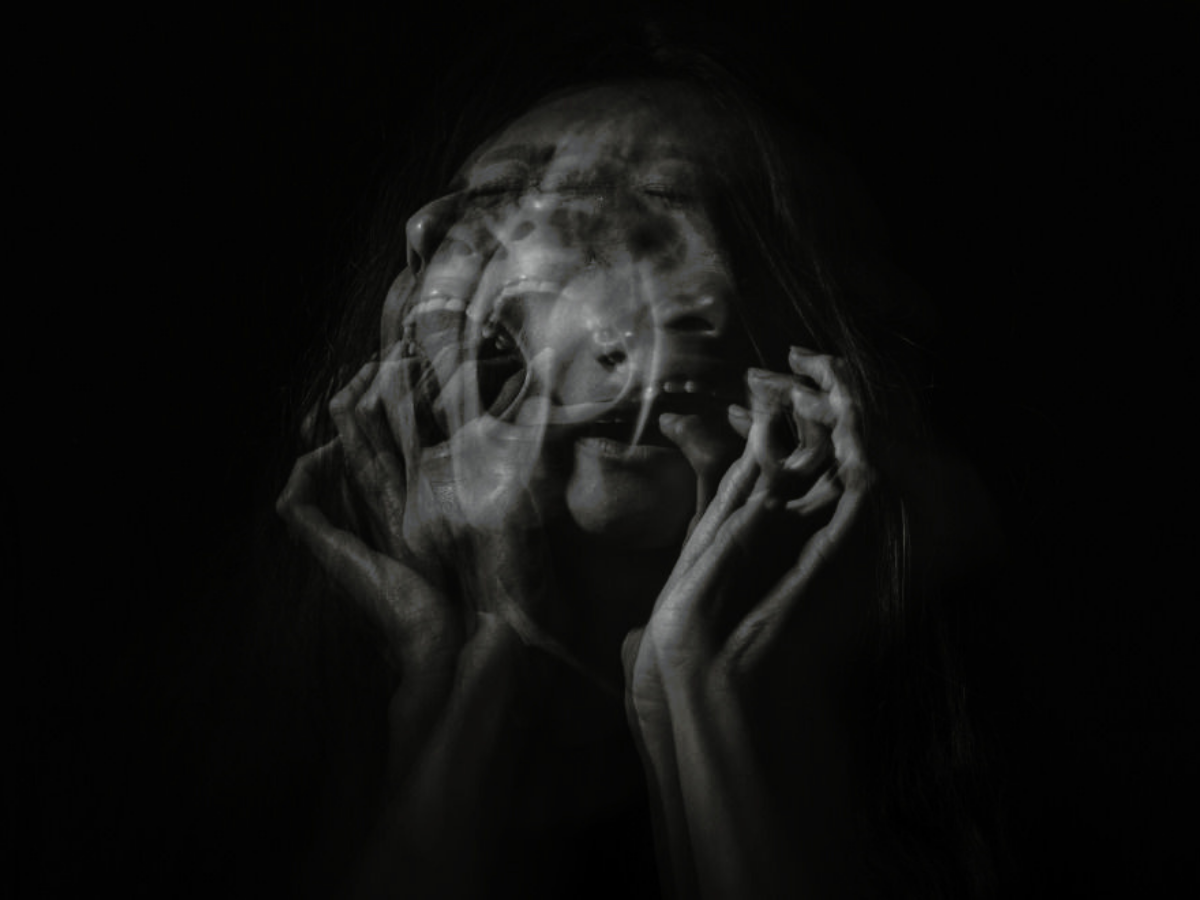 Perimenopause: It's All the Rage!

What is most important to remember is that you are not a bad, horrible, out-of-control b*tch. 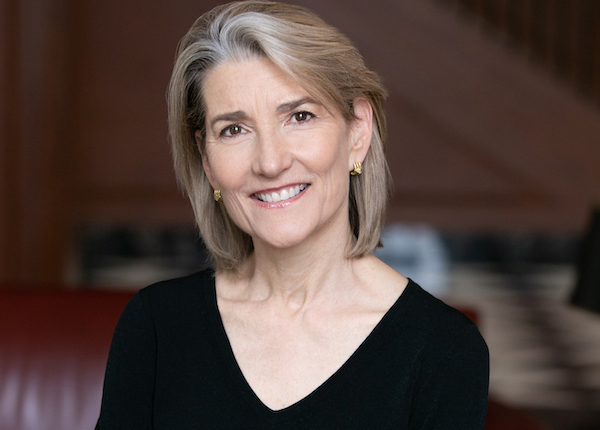 The Importance of Psychological Safety

A workplace culture free from fear is key to diversity of thought.