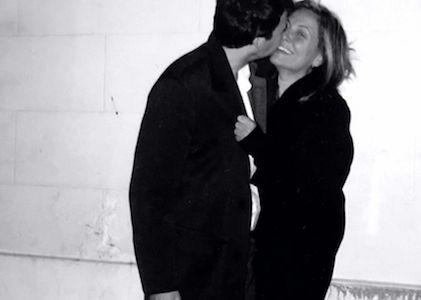 "I love men. I grew up boy-crazy. I admit this with mixed feelings because, looking back, it seems like a non-productive way to spend … hmmn, let me think … five decades."

Here are some things I’m over, now that I am in my sixties:

Spanx
stilettos
the red lip
the cat eye
dieting
one-night stands
thongs
shots of anything
waiting in line
ensmalling myself (I made it up, you get the point)
self-pity
regrets
men

I’m not completely sure, not yet, but I think, possibly, I might be done with men. Post-men. I’m heterosexual, so I mean done with them in a romantic way. In a partner-for-life way. In a he’s-got-his-dirty-socked-feet-on-my-ottoman way.

For now, I’m going to leave aside the current events of the past 18 months:  I won’t take on mansplaining, manspreading, #metoo, or any man who hides behind the phrase “fiscal conservative,” or opines about reproductive health. Not here, anyway. Yes, the political climate has contributed to my grumpy feelings. Shocker.

I had this post-men epiphany on. I made a glib comment, partly going for a joke, my default, and partly in survival mode, also my default, since I am single and, god help me, dating. Paraphrasing:

I may be post-men, I think, possibly. I just can’t deal with the *me* I become when I’m with one. I turn into a helpmate, a support, keeping the home fires burning …. If I resist, I’m too smart, too independent, too free, too much the me I’ve become without a man! It’s a problem! I’ve had a date say to me, “I can’t figure out what I bring to the table with you.” I don’t have time to try and answer that! Or interest!

This is a significant departure for me. From age 14 until five years ago, I count 18 boyfriends, 2 husbands (and 2 divorces), one relatively recent broken engagement and too-many-to-admit less … committed “relationships.”

I love men. I grew up boy-crazy. I admit this with mixed feelings because, looking back, it seems like a non-productive way to spend … hmmn, let me think … five decades. In fact, the whole concept of boy-crazy, like tomboy, should be obsolete. Get thee behind me, gendered identity labels. Fuck off, male gaze.

A boy discovered me before I discovered boys. I was at the local ice rink with my friends. An exchange student from Puerto Rico was there, who could not skate to save his life. We were mean girls, I guess, laughing and whispering as we watched him chop-walk across the ice. Abelardo – Loddie – watched us right back. Watched me. He was experienced and determined, and I was weak-in-the-knees willing. I could hardly understand what he was saying in his beautiful accent, but after a week of wooing my knees gave out completely in a dark phone booth away from the rink’s blue glow. I close my eyes now and I hear Loddie murmuring. I feel his fingers.

He went home, but I was a different girl. I was obsessed with boys. Hanging out with them, bantering and competing with them. Making them laugh and smelling and kissing them. Their intense attention to me, and how easy it was to get it. T-shirt a little tighter, shorts a little shorter, sass a little sassier. Candy lip gloss. Done.

I was the thrilled girly object of that male gaze.

And reader, I liked it. That gaze, that beam of desire defined me, as blasphemous as that sounds to contemporary feminist ears, my own included. Family, school, money, career, my future, all faded under the intensity of the spotlight the male of the moment trained on me. Even friendships were placeholders, if I’m being honest. I loved my friends, but damn if I didn’t disappear into couplehood.

It’s a feeble defense, plenty of women resisted the role, but. Times were different. I’m a cisgendered boomer. Everything was gender and generational, class-related, ethnicity-driven. I was groomed to be a wife and mother. That mashed up with my hippie/wild-child tendencies and drinking and drugs and rock and roll, the sexual revolution, and all the boys who swaggered therein.

I channeled my curiosity and creativity and brainpower and ambition into locating, flirting, choosing, escalating, sexing it up, falling in love, making a life or escaping one, with guys. Until my mid-fifties, I identified myself in the context of men. In the parlance of my smart daughters, I centered men. I set myself aside.

After Loddie, there were ballplayers and surfers, a Hell’s Angel, a stagehand, too many musicians, poets, two professors, an actor, a photographer, a restaurant owner, an artist … I sound like a Joni Mitchell song. I’ll stop.

Oh, wait. One more. In my late forties, despite another marriage behind me and two daughters to shepherd forward, and a career to gin up, and financial realities to confront, I fell into the best worst distraction for a former boy-crazy girl: a younger man. And reader, I really liked it. I had my first heartbreak, which I saw coming from the moment he sat down next to me at the bar, at age 57.

I do date now, just in case. As the guy talks (and talks) I visualize coupling up, our bodies and habits commingling, but. No. Like so much satisfaction analysis, it’s 80/20 – I’m mostly good. I live alone, happily, creatively, centered. Merging  – into his life, what I’ve always done – seems as unappealing as squeezing into Spanx, a fake shape to ensmall myself.

And yet. I feel tender towards younger me, the girl who unfolded when a boy desired her. I can feel now how it felt then to be behind my shy smile, my long bangs. In my mind, Loddie watches. Gazes. I know who he sees. She’s not gone. She’s me. 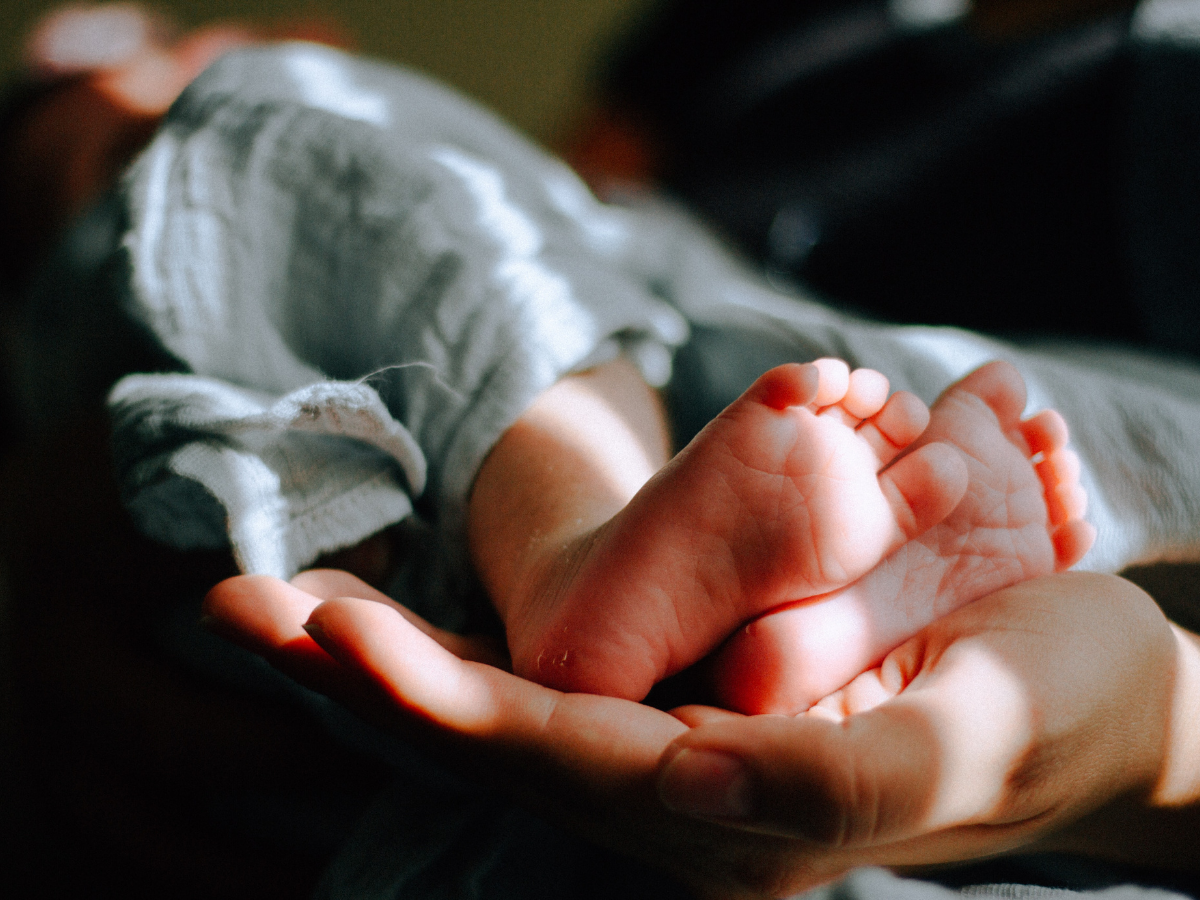 Waiting For My Baby’s Baby

You might arrive the day after tomorrow. But it could be early next week. 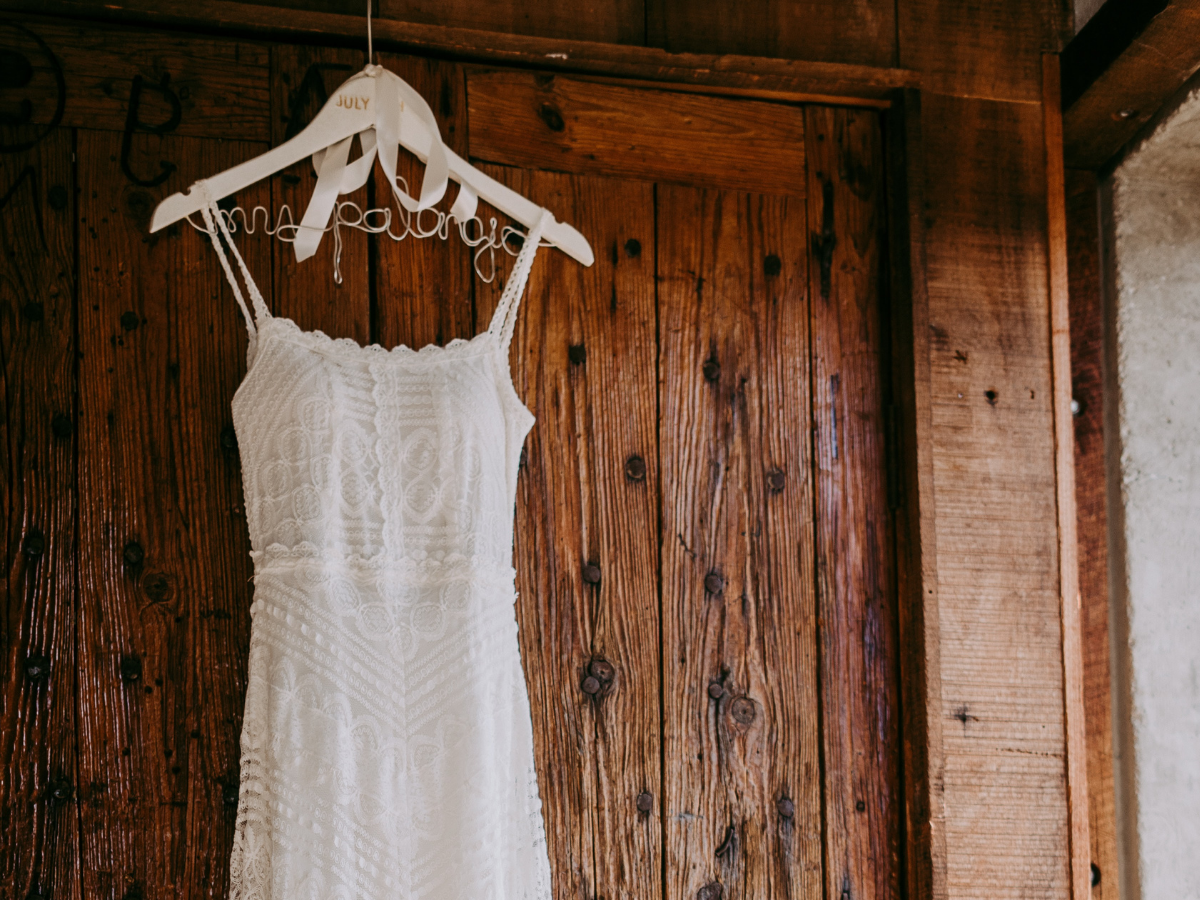