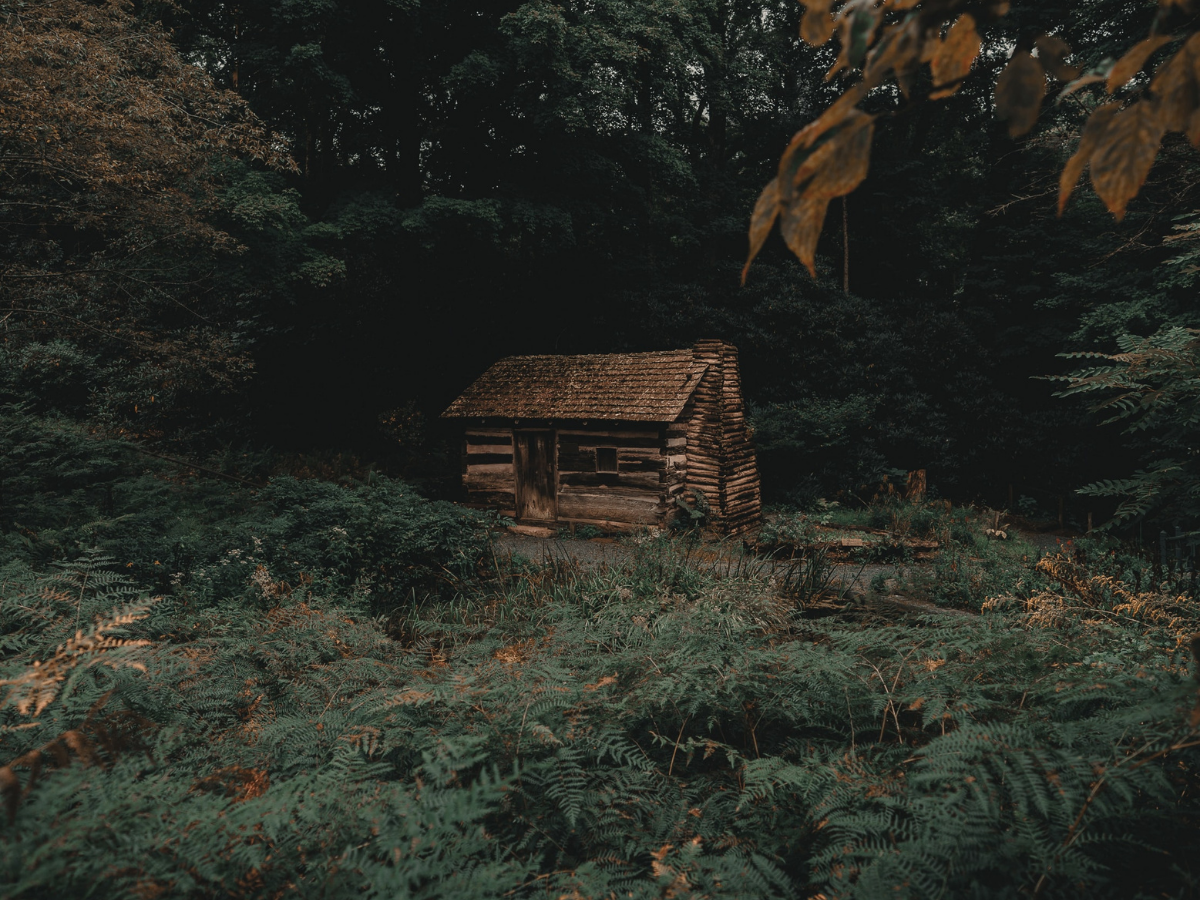 In Midlife and In The Middle of Nowhere

I was terrified of being lonely.

I realized while I may be alone, as long as I worked to maintain connection with others, I could avoid being lonely.

On a whim, I recently booked a cabin in Mississippi for a personal getaway to write, read and reflect.

I booked the first cabin I found within driving distance and within my budget. It looked charming, was on a creek, had wifi and a place to work. Unfortunately, I didn’t look too closely to see exactly where it was. The cabin was listed on AirBnB as being in Poplarville, Mississippi, a small town 90 miles from New Orleans I’d passed countless times on the interstate. Perfect, right?

When my host sent me directions, rather than an address, I didn’t think twice.

On Thursday afternoon, as I took the exit for Poplarville, I finally looked at her email. I had to pull over to read the lengthy narrative. The cabin wasn’t in Poplarville at all. It was 12 miles on the other side of the one-traffic-light town. I went through the town, found the road and drove and drove and drove. I got to a dead end, had to pull over and read the directions again. Fortunately, it was still daylight. Finally I found the lime green gate my host mentioned and the tiny sign for the dirt “road” that led to the property.

It was as advertised. Lovely and sweet.

A loft with a queen-size bed covered in a quilt. Wood paneling and beams, a picturesque gazebo overlooking the creek.

Still. It was on three acres in the middle of nowhere. It had been drizzling, and the wooden steps down to the creek were slippery and dangerous. The interior of the cabin, shaded by dozens of trees, was dark.

The next day, I discovered huge banana spiders had spun webs all over and essentially encapsulated the property. I happened upon a pond on the property so hidden by overgrown vegetation, I almost tumbled into it. The sounds of the bullfrogs from that pond chilled me to the bone.

But none of that really scared me.

What I was frightened of, even before I arrived, was of being alone with my thoughts and feelings.

I was terrified of being lonely. I had spent the last several months navigating out of the loneliness I had come to know in my marriage—that emotional state of being disconnected from a person and people.

I thought this loneliness was just because I worked from home alone. Yet, when the pandemic forced us all to stay home, I still felt lonely.

After my husband and I separated, I was alone every other week. Being alone, I learned, was not the same as being lonely, and I quickly felt a lot less lonely because I spent hours with my girlfriends, time thinking and meditating, and in general, reconnecting with the world.

But a few months in, another loneliness crept it. It was the painful, existential loneliness that hits you at 2 a.m. That voice that asks the questions, “Will I always be alone? Will I die alone? What will I do if I get sick or injured?”

I began regretting the separation because even though my husband and I had grown apart, there is something positive to be said for having a helpmate, a partner to wake up by your side. What if I never had that again? I asked myself.

I reached out and posted about this deep loneliness to a Facebook group of middle-aged women I belong to and got the equivalent of an “amen sister” from many of the women. They knew exactly what I was talking about.

My confession created a connection with these women, and just like that, my loneliness evaporated.

Because the fact is each one of is alone, and, each one of us has this same experience of being alone — and that experience connects us — and should make us feel less lonely.

I realized  while I may be alone, as long as I worked to maintain connection with others, I could avoid being lonely.

I didn’t realize, in my lonely years, that reaching out and asking to connect was the key to ridding myself of loneliness. I saw pictures of acquaintances with their friends on Facebook and thought there was something wrong with me because I didn’t have these friendships and connections.

But the truth is, I never asked to join in because I was afraid of rejection. Had I been vulnerable and asked for friendship and help and connection, my friends and my acquaintances would have joyfully welcomed me in.

After my separation, this is exactly what I did. People I don’t even know well have responded so generously with their stories and friendship and connection it makes my heart swell and tears come to my eyes.

Still, with all of this knowledge, I arrived at the cabin fearful that loneliness was somehow a disease that I could catch again. That simply by being alone,  loneliness would return.

Being so isolated exacerbated this fear. So, instead of sticking to my plan, and spending all of my time focused on me, I did what I have learned to do. I reached out and connected by phone, text, and Facebook. My friends were a balm when I had an unpleasant realization or I was just tired of myself. And every day I made the sweet, curvy, back road drive to town to interact with other people.

These weren't distractions as much as moments of interaction important for my mental health. They made the rest of the time spent in isolation, reflection and writing easier because I didn't get sucked in by the loneliness. I was able to focus and connect with myself, which in turn, allowed me to feel more connected to everyone else in my life.

Maybe it’s the wisdom of the spiders surrounding the cabin that has seeped into my consciousness. They are reinforcing to me that my webs of connection — my friendships and relationships — aren’t just pretty things that shine in the sun, they are essential for me to grow and to live a happy, fulfilling life.

But also, another lesson—the next time I do this, I'm going to make sure I'm in the middle of civilization, and preferably at the beach. 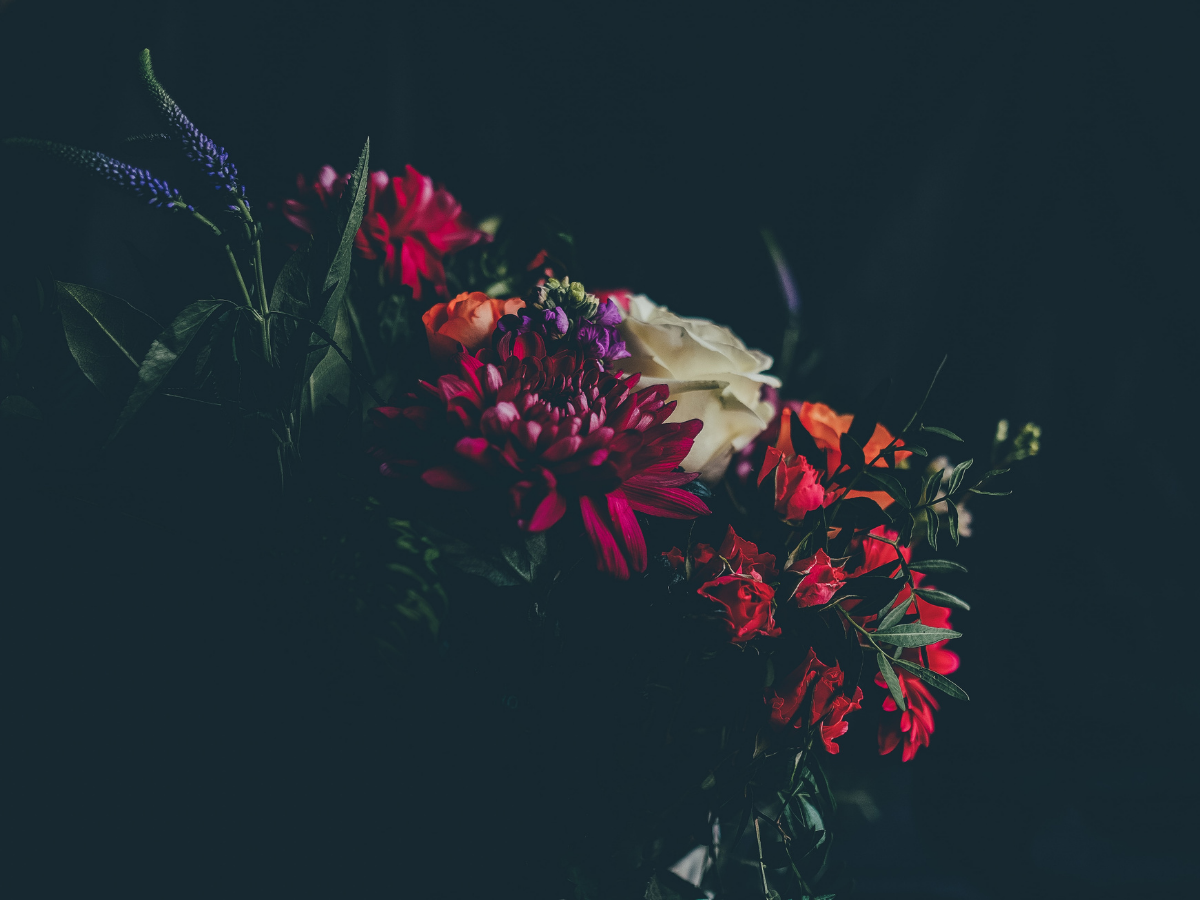 Death Doulas mind the gap between life and death. 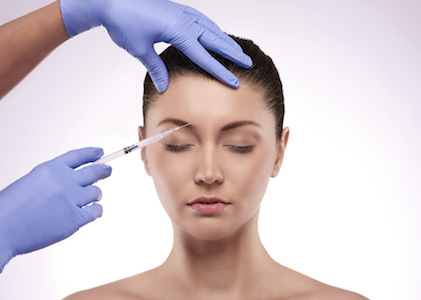 In Defense Of Botox

I am well aware of the criticisms of Botox, and, you know what? I have some answers.