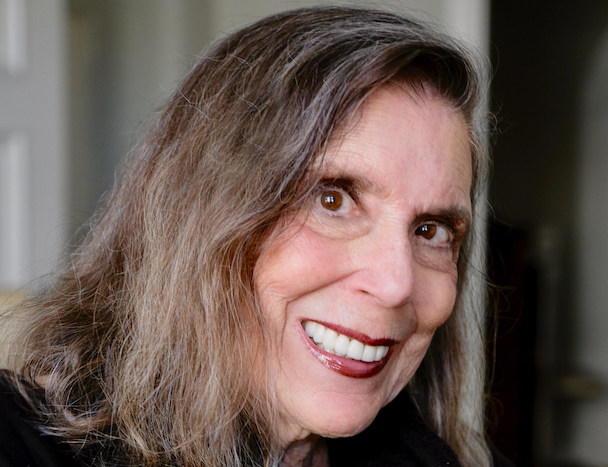 As far as author Barbara Rose Brooker is concerned, the fight for age equality has hardly begun. “I’m 83 and I’m not age appropriate,” declares Brooker, who is embarking on a book tour in February for the launch of her latest novel, “Love, Sometimes” about a 68-year-old woman fighting sexism and ageism in Hollywood amid a controversial love affair. Revel members are invited to see Brooker’s stop at the Commonwealth Club in San Francisco on Feb. 19.

Brooker wrote the book after experiencing her own confrontations with ageism in the film industry as she pitched her earlier novel, “The Viagra Diaries,” to industry executives. In every meeting, she said, they wanted to change her protagonist from a 70-year-old woman to a 20-something. Now, after many frustrating early attempts, a TV series based on the book as it’s written is finally in the works.

“I was angry,” Brooker says. “With this new novel, I wanted to bring the theme of ageism into the story.”

She refers to ageism as “the new designer drug” and as an anti-ageism crusader, she calls it out at every turn. It is in the fashion industry, of course, and the publishing industry, and tech startups. It is found in nearly every workplace.  Worst of all, says Brooker, is that so many women have internalized ageism, turning against themselves. “Women in their 30s and 40s are mutilating themselves to fit into this anti-aging appearance,” Brooker says, adding: “The anti-aging movement is so deep, it might take another generation to undo it.”

She’s been drawing attention to the dangers and pervasiveness of ageism for years. In 2011, she founded the first Age March in Los Angeles and San Francisco, to celebrate aging in a public way. Marchers held up signs declaring their ages. The last march was held in 2018. She has written columns for JWeekly and the Huffington Post, runs writing workshops for people 50 and over, and has appeared on the “Today Show.” But Brooker says little has changed other than a more widespread recognition that ageism exists.

She says she’s encountered ageism at every stage in her life and career. When she was newly divorced at age 30 and went back to college. When she pursued a master’s degree in her 40s and published her first novel at 50. “I was told I was too old at every stage,” Brooker says.

The pervasiveness of ageism has only driven her to be more outspoken and defiant. She’s teaching others by example that it is possible to pursue your dreams at any age and encouraging women in particular to stop focusing on the number and start living.

“When we worry about aging, we’re not exploring other things about our inner lives and creativity,” Brooker says.

She embraces frank sex talk in her fiction, and encourages women to follow their passions. “I’m not a senior, I’m not an elder, I’m a person,” Brooker says. She adds that she’s frustrated by the slow progress of the anti-ageism movement, but she’s resilient. “I’m on the path of my dreams,” she says, “and I’m going to say what I think.”