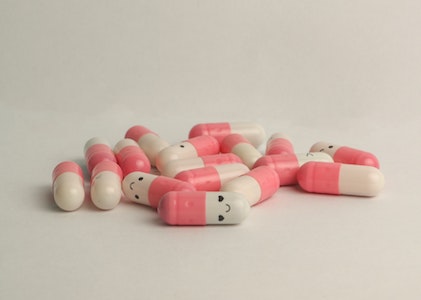 What Are Bioidentical Hormones?

If you are menopausal or approaching menopause you are probably wondering about HRT.

"I am writing to help demystify the crazy world of hormone replacement."

If you are menopausal or approaching menopause you are probably wondering about hormone replacement therapy. It’s also likely that you are baffled by the solicited and unsolicited advice offered to you by doctors, friends, family and Google. You’ve probably heard something along the likes of  “OMG! I went to this AMAZING doctor who gave me these AMAZING bio-identical hormones you can only get from him. He’s really expensive and your insurance won’t cover it, but it’s totally worth it because he said you won’t get fat since they are all-natural. Everyone I know is going to him and they all look AMAZING!”

As a physician who has treated menopausal women with hormones for nearly 20 years, I have observed that when patients use hyperbole to describe their alternative medical practitioners (especially hormone specialists) they are usually trying to justify spending a lot of money for something that can easily be managed with routine hormone treatment prescribed by a conventional medical doctor.

To prevent the outlay of hundreds of dollars for unnecessary treatments, and to empower you to make informed choices, I am writing to help demystify the crazy world of hormone replacement. (Please keep in mind that there are also non-medicalized options for relief of menopausal symptoms, but that is a topic for another time.)

The three most important things you need to know about bioidentical hormones:

The most common terms used to refer to the hormonal treatment of menopause are Bio-identical Hormone Replacement Therapy (BHRT) and Hormone Replacement Therapy (HRT). When we talk about hormones, we are usually referring to the female reproductive hormones estrogen and progesterone. (Other hormones, like testosterone, DHEA, and cortisol can also be addressed, but are not foundational.)

In my experience, the term BHRT tends to confound people the most. Bio-identical refers to any molecule that is manufactured to look like one that exists in nature. Despite what people think, “bio-identical” does not specifically refer to something natural. Botox, for example, is bio-identical. When you are injected with botox, you are being injected with a molecule that looks and smells like botulism toxin, but is “neutered” for safety.

In the context of menopause and perimenopause, “bio-identical” hormones are hormones that have been synthesized in a lab so that your body can identify them as its own. Therefore, BHRT refers to manufactured molecules that mimic reproductive hormones such as estrogen and progesterone—you know, the ones that are going rogue for you right about now. Although natural components from plants like soy and yam are used to make bio-identical hormones, in fact, they are not the same as bio-identical hormones. Labs chemically tweak these “phyto-hormones” to look like our hormones; afterward, they are no longer natural, they are now bio-identical.  (Frankie’s yam lube in Frankie and Grace?  Now that’s “natural”!) In contrast, HRT refers to all hormone replacement, bio-identical or not.

So why do people want bio-identical hormones so badly? The scramble for BHRT started in 2002 after the initial reporting of results from the Women’s Health Initiative (WHI), a federally funded study examining the overall health of women ages 50-79.  As a result of the report, the hormone replacement (HRT) arm of the study was halted abruptly, as it was deemed that all women on hormones were at increased risk of breast cancer, heart disease and stroke. Subsequently, doctors across the country stopped prescribing hormones to almost every woman who was in menopause. At the time, I was working at Kaiser in the emergency room, and I can tell you, it was a national crisis. Women at every age and stage of menopause were showing up incapacitated by hot flashes, palpitations, memory lapses, and just plain insanity. Perhaps you remember your mother back then? Did anyone take away her hormones? Just awful.

By the end of the decade, it was evident that physicians were still afraid to prescribe anything for menopausal symptoms, even though the initial fears surrounding HRT had been debunked. Instead, women desperate for relief found alternative doctors who had already been underground—compounding estrogen and progesterone for years—calling them “bio-identical”. The already existing pursuit of something more natural, combined with the results of the WHI, led to the scramble for bio-identical hormones. But in the last decade, pharmaceutical companies have recognized the demand for “natural” hormones and branded their own formulations, which, unlike the 1960’s through about 2010, are now available mainstream.

Now that you have some background, let’s move on to how do bio-identical hormones treat and prevent symptoms of menopause, like hot flashes, night sweats and osteoporosis:

Estradiol, our dominant form of estrogen, supports the growth of breast, vaginal and uterine tissue, gives our skin a youthful appearance, and makes our hair full and lustrous. Estrogen also makes us happy and hungry as well as loving and sentimental.  Finally, as most women going through menopause and peri-menopause know, it helps regulate body temperature. When we are faced with the depletion of estrogen, many women pursue relief of what feels like wilting breasts, dry vaginas, thinning hair, hot flashes, and overall decreased mojo with estrogen hormone replacement (ERT).

There are many different forms of estrogen replacement available. You can either replace estrogen to treat all your symptoms (systemic replacement) or choose a replacement just for dry vagina (local replacement). The latter is often recommended by doctors for women with a family history of cancer or stroke who are worried about the effects of systemic replacement. In my experience, neither of these reasons is a contraindication for systemic use of HRT, but given the history of hormone replacement research reporting, it’s understandable that other professionals would see it that way.

I tend to favor the spray, patches and the vaginal ring for two reasons—you don’t have to put them on your hands to apply them and your pets won’t lick them off your skin.

The only time you will ever use systemic ERT alone is if you have had a hysterectomy. Otherwise, you will also need to combine your use of estrogen with progesterone because progesterone protects your breasts and uterus from being overstimulated by the estrogen. In fact, it is a high estrogen/progesterone ratio that likely caused your sore breasts or breakthrough bleeding back in your menstruating days!

The other benefits to progesterone is that it is very calming when you take it by mouth. I like to think of it as the Ativan of the menstrual cycle. In the past, if you suffered from anxiety, cramps or general PMS/PMDD before your period, it’s likely your progesterone was low. Progesterone also acts as a diuretic, countering the water retention effects of estrogen. So, in short, if your are in menopause or perimenopause and you have sore breasts, breakthrough or heavy bleeding, cramps, anxiety, insomnia or bloating, you likely have low progesterone.

The only forms of conventionally prescribed, bio identical progesterone available are oral and vaginal.  Prometrium, a.k.a micronized progesterone, is the most common prescription form. It is usually taken at night because it tends to be sleep inducing. Your doctor will likely prescribe 100 mg capsules. (Some women might need a smaller dose, like 50 or 75 mg.) If you are still struggling with insomnia and bloating on 100 mg, ask your doctor to increase your dose to 200 mg. For daytime anxiety, if adjusting your estrogen hasn’t helped, you can take 100 mg of progesterone in the morning and 100 mg at night.

Vaginal progesterone formulations, like Crinone gel and Endometrin suppositories, are traditionally used for fertility treatment, but if you are too sensitive to the oral effects of progesterone, or bleeding is an issue, they could be used as an alternative.

Fine tuning your hormone balance is an art that drives most physicians nuts but is really rewarding for a hormone nerd like me.  Since most OB/Gyns do not think a hot flash is an emergency, you will likely need to take hold of the reins and assert the direction you want to go.

It is my belief that bio identical Estrogen and progesterone do not cause cancer but they can cause an existing hormone dependent cancer to grow. If you are concerned about breast or uterine cancer, I suggest asking your doctor about getting a mammogram and/or ultrasound within 6 months after starting therapy. Additionally, hormones can increase the risk of a cancer developing over time if not balanced properly. While some OB/Gyns worry about hormones causing stroke or blood clots, these are only risks if you start replacement more than 10 years after menopause, if you have a family history of a blood clotting disorder, or if you take estrogen orally.

There are many more hormone options and combinations to pursue if the above strategies aren’t enough to get you through menopause. The interplay between estrogen and progesterone, along with other hormones like testosterone, cortisol and DHEA is endlessly fascinating like a good symphony: it can be tweaked, revised and conducted in many different ways, but if you aren’t familiar with all the moving parts, expect cacophony. Don’t give up on finding the orchestration that works for you. That’s when you will feel and look your best, and you can tell your friends that you have found the perfect hormone doc—you! 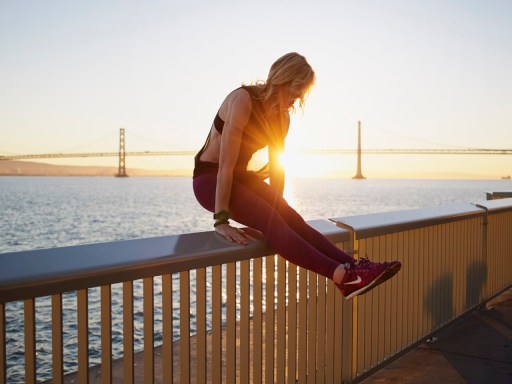 Rethinking Women’s Fitness: Get Fit After 50

Jennifer Pattee is ready to upend a lot of notions around what fitness looks like after 50. 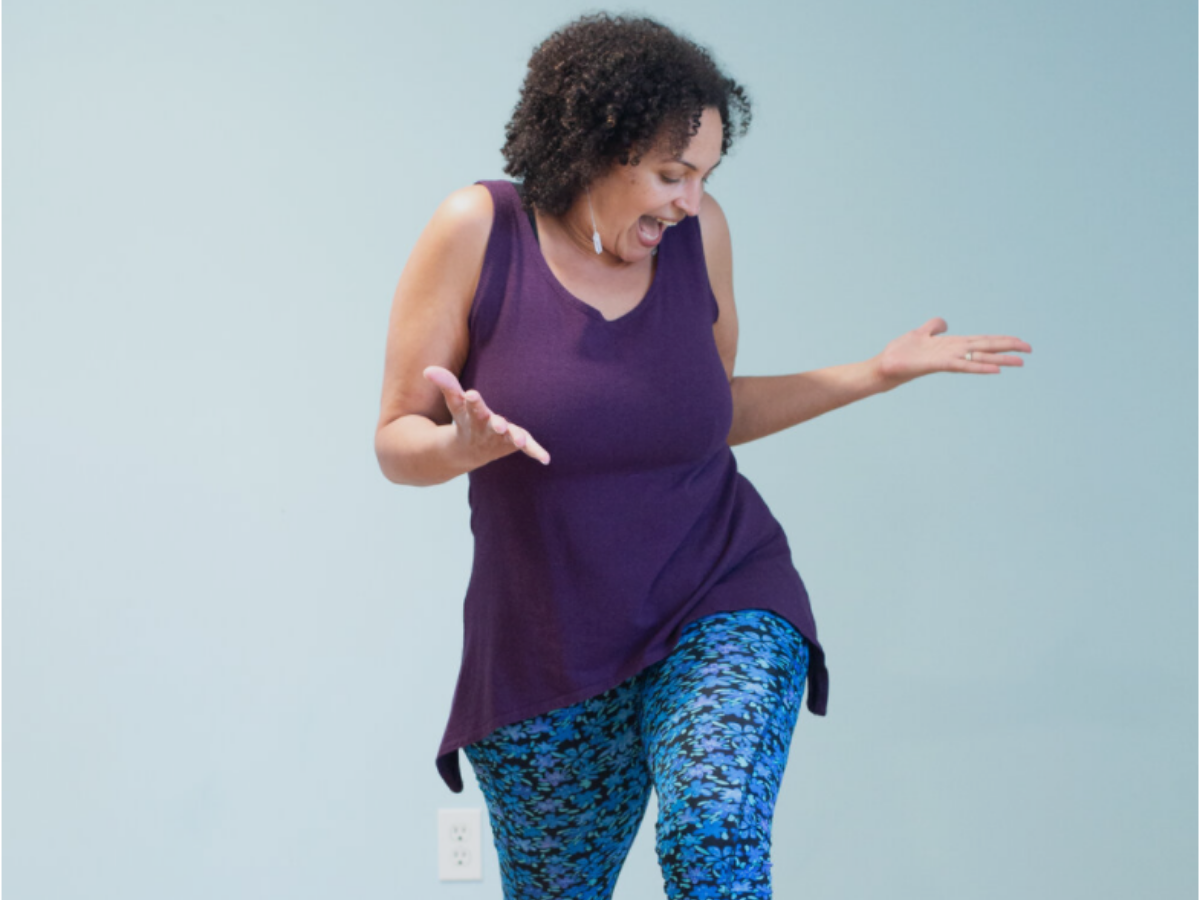 Your Body is Worthy

Your body will change over your lifetime in so many ways.